Enjoy Hawaii's natural beauty from the air with Doors Off Adventure, a unique flight full of emotions and sensations !

This tour is offered by Magnum Helicopters and is aboard a Hughes 500D helicopter. If you are a fan of TV series, this is the same helicopter Tom Selleck uses in the famous Magnum series. A mythical helicopter !

But that's not all! You should also know that this helicopter is not equipped with doors ! Securely attached to your seat, you will really feel like you are stealing. You can feel the wind in your hair and the absence of windows will allow you to take your eyes full and fully enjoy the beauty of Oahu !

The departure is from Honolulu heliport, near the international airport. For 50 minutes, you can enjoy fantastic views of the island's landscapes. Shortly after takeoff, you will be able to admire :

You will then fly over Diamond Head, Kahala and the spectacular Hanauma Bay.

At the eastern end of the island, the rugged coastline is home to Sandy Beach, Makapu'u Point and its lighthouse.

Your aerial tour continues over Sea Life Park and then along the immense white sandy beaches of Waimanalo. You will have a breathtaking view of Mount Olomana, Kailua, Kaneohe and the magnificent coral formations of Kāne'ohe Bay.
Kāne'ohe Bay contains several natural attractions, including Coconut Island, which was used for the foreground of the television series Gilligan's Island, and the calm waters of Kaneohe Bay Pond. You will also discover Chinaman's Hat, a large rock surrounded by water, also called Mokoli'i.

Further on, one of the most spectacular views of the island awaits you, with Ka'a'awa Valley, also known as Jurassic Park Valley. Many scenes from a dozen great films have been shot here.
Perhaps the highlight of the visit is Sacred Falls, a delicate and splendid 984-feet high waterfall.

The tour continues along the North Coast, with breathtaking views of world-class surf spots such as Sunset Beach, Pipeline and Waimea Bay.
Going through the central plain of Oahu, you can admire the pineapple plantation of Dole Pineapple Plantation. Your helicopter tour will end with a panoramic view of Pearl Harbor, Arizona Memorial and the battleship Missouri. 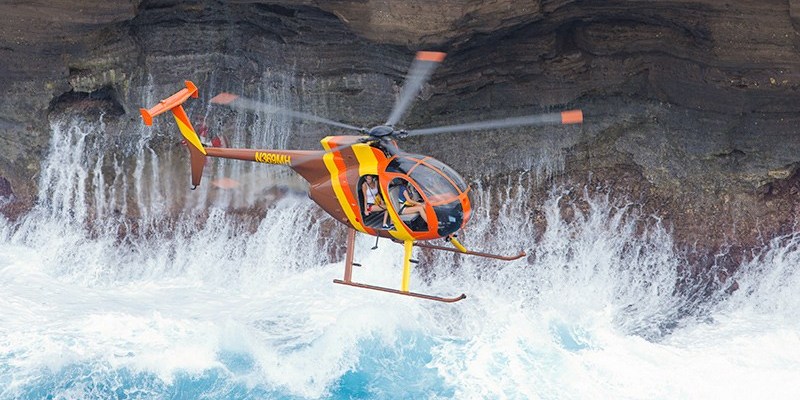 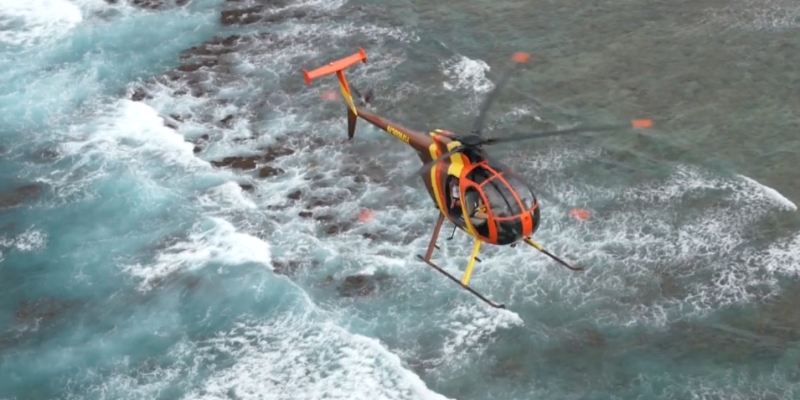 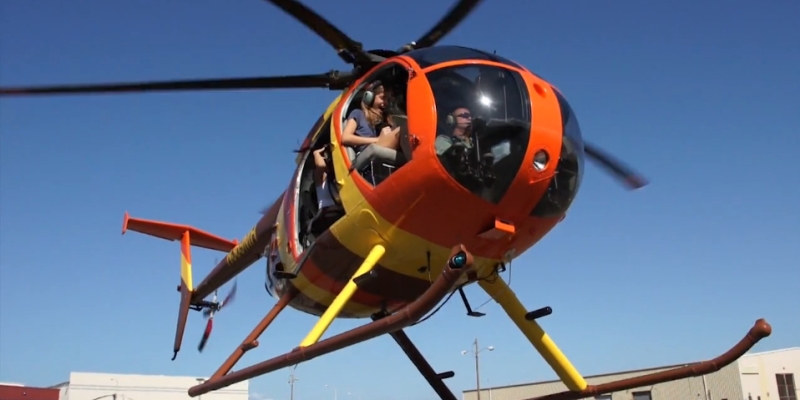 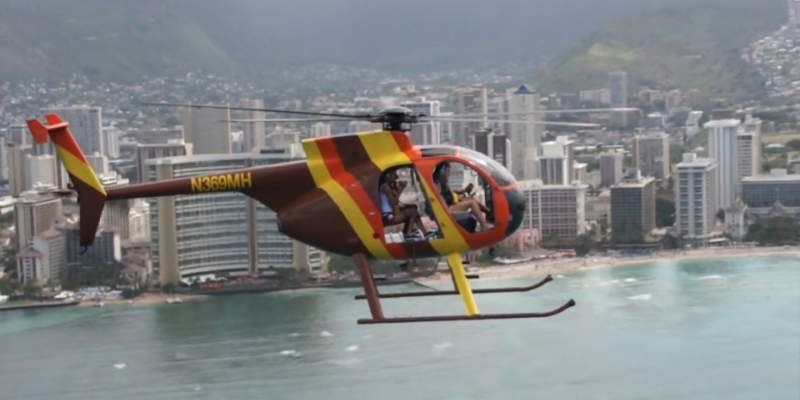 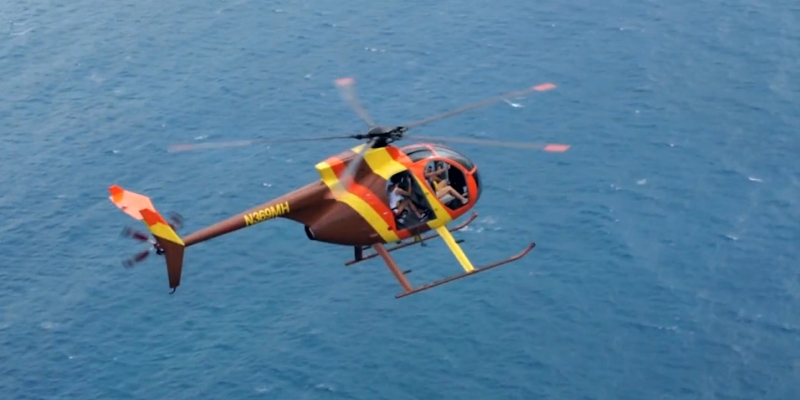 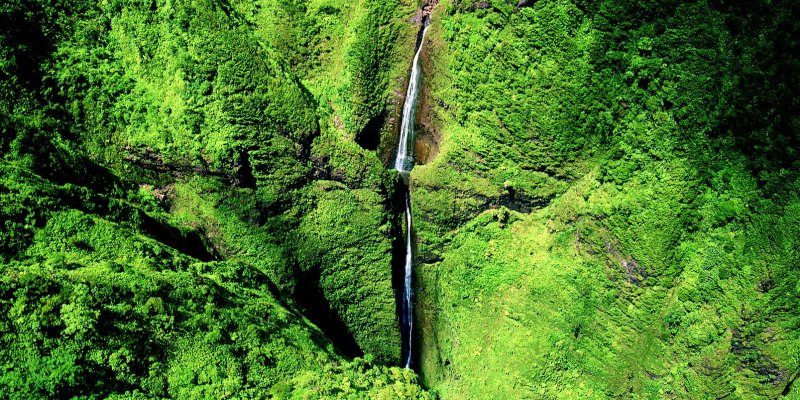 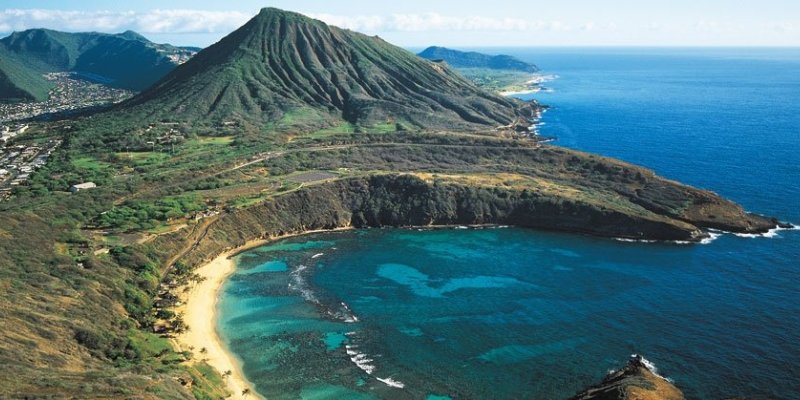 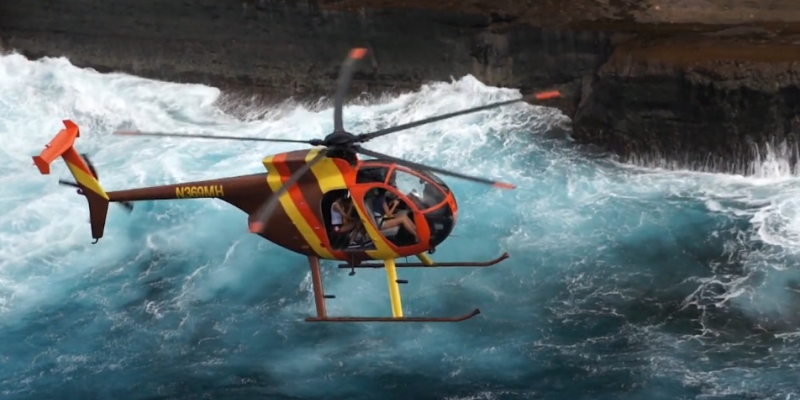